Kilowatt Brewing is known for producing small batch, eclectic beer styles and providing customers with unique and stimulating experiences in our one-of-a-kind tasting rooms. Creative and interactive lighting permeates throughout the brewery and taprooms featuring rotating artwork created by local artists, along with an extensive collection of black light art that customers can enjoy with or without provided special 3D glasses, hand-built glass infinity mirror rooms, and other unique art installations. Specialty programmed LED lighting allows us to change the lighting color and mood in real-time. Custom-built giant versions of modern, classic, and obscure games of skill are also a trademark of Kilowatt’s tasting room experience.

The brewery and tasting room are located at 7576 Clairemont Mesa Boulevard in San Diego. Located inside our brewery is the Forbidden Cove hidden tiki bar open Thursday through Saturday serving our handcrafted specialty craft cocktails. Kilowatt has two satellite tasting rooms located in Ocean Beach and Oceanside with a speakeasy located behind our Oceanside tasting room, The Space Pad. All three tasting rooms typically have 20+ beers on tap which are open 7 days per week. 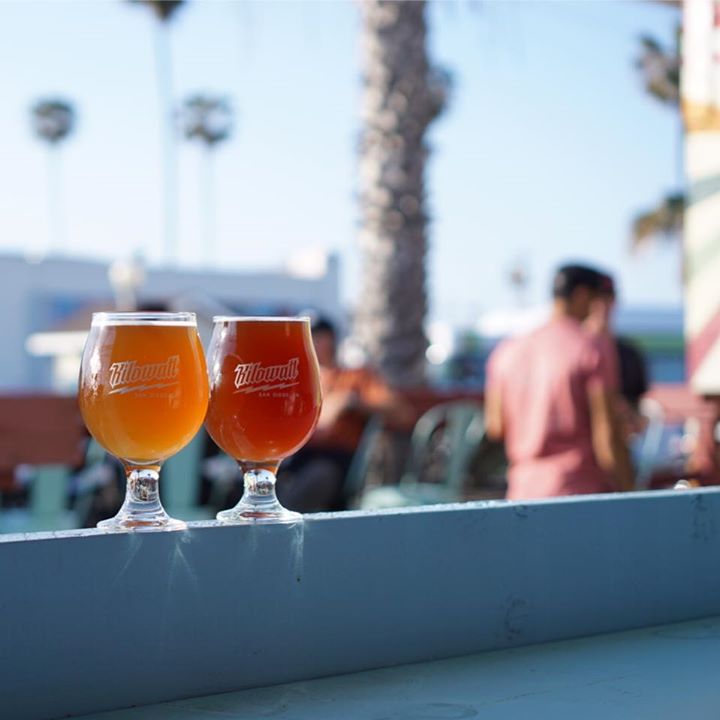 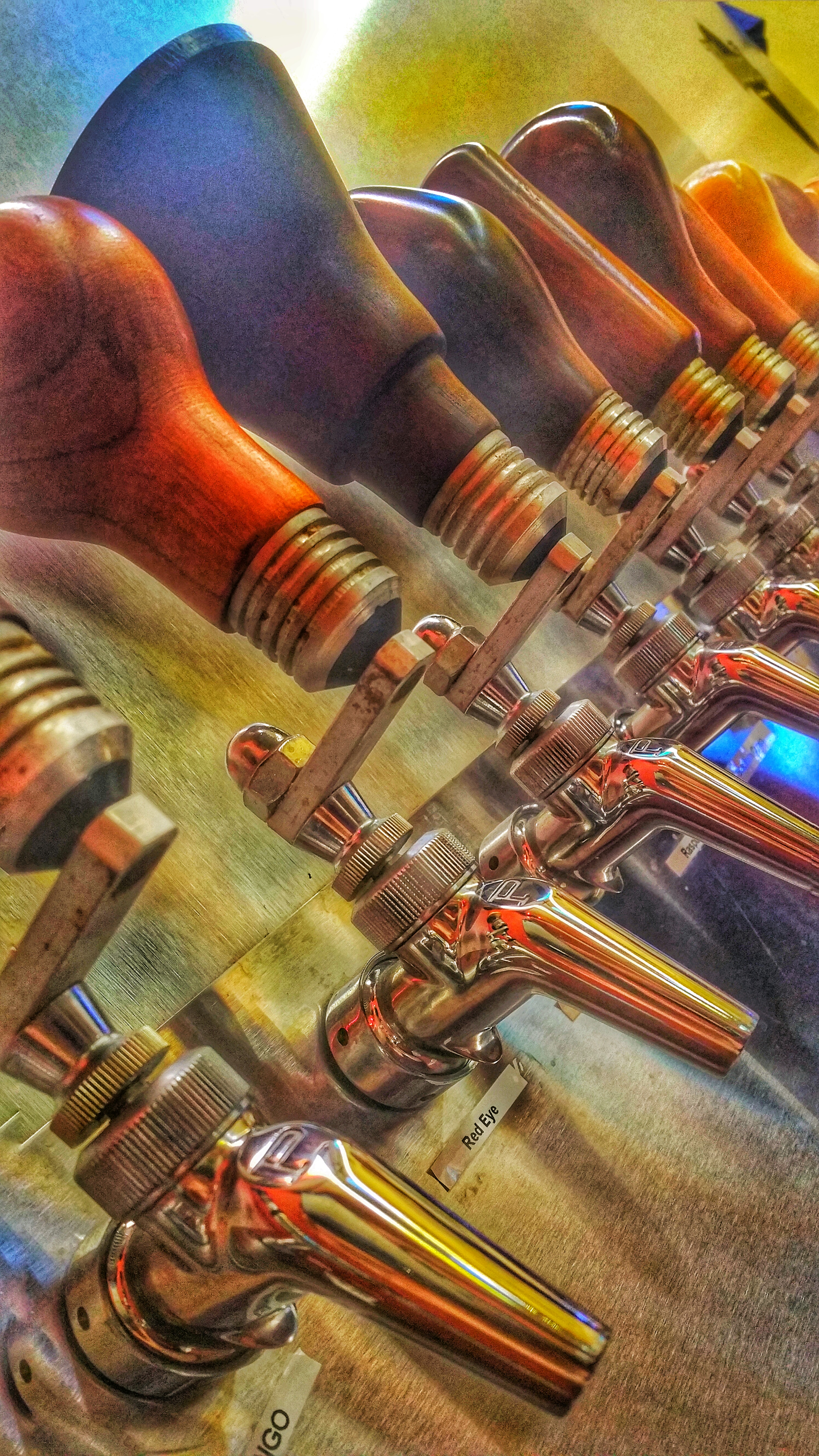 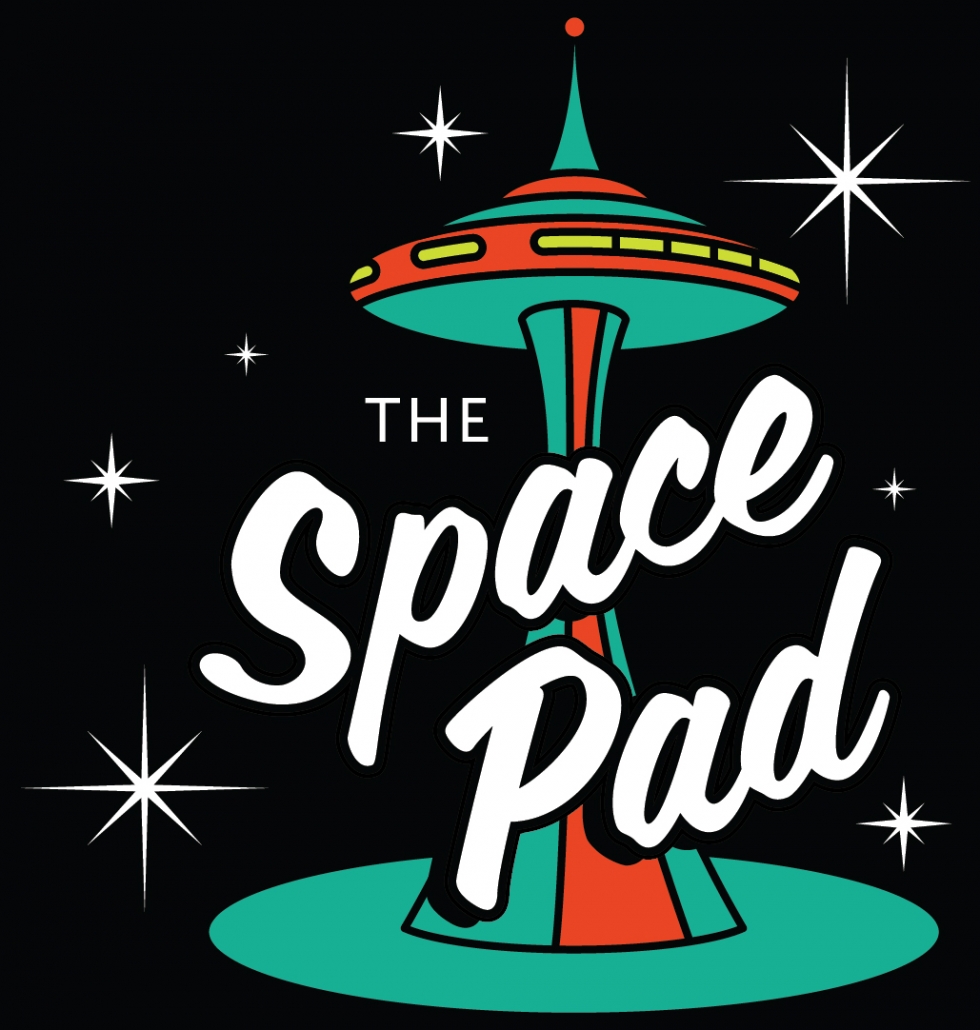 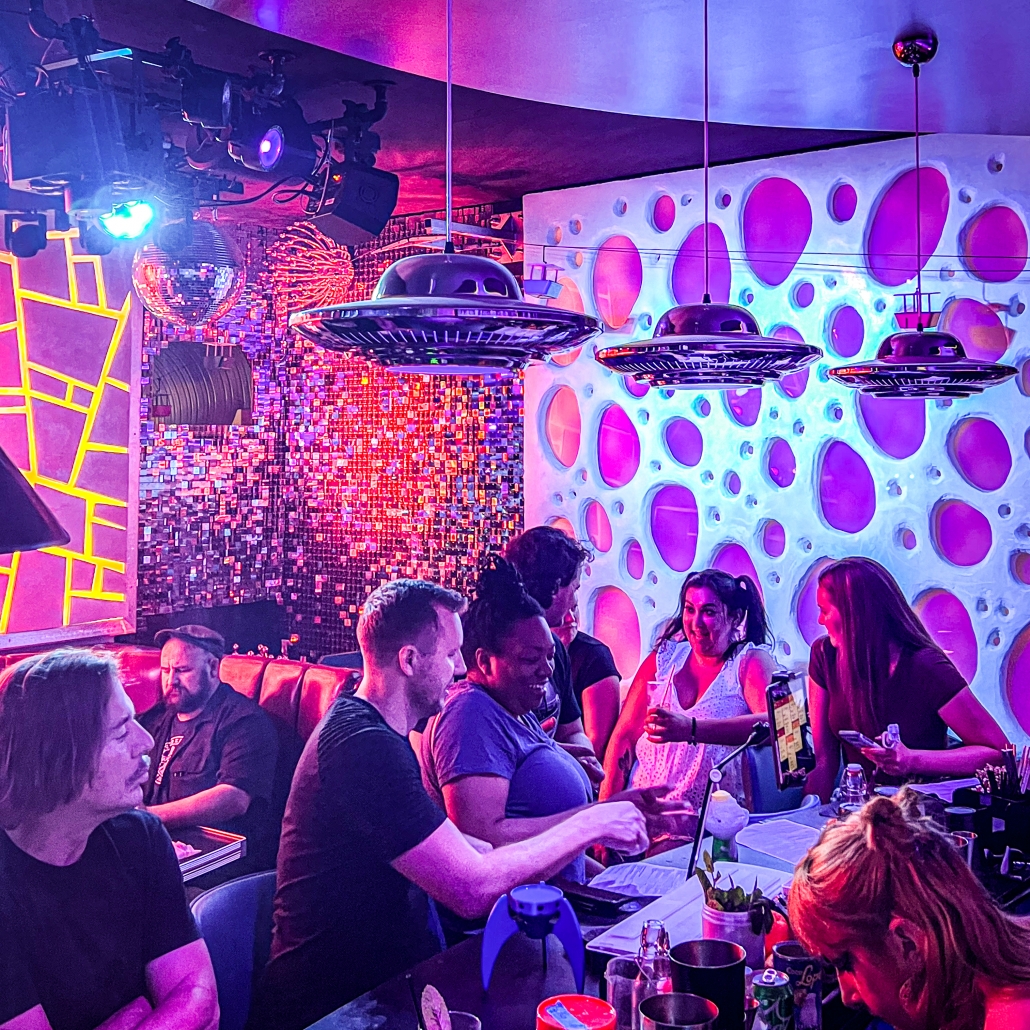 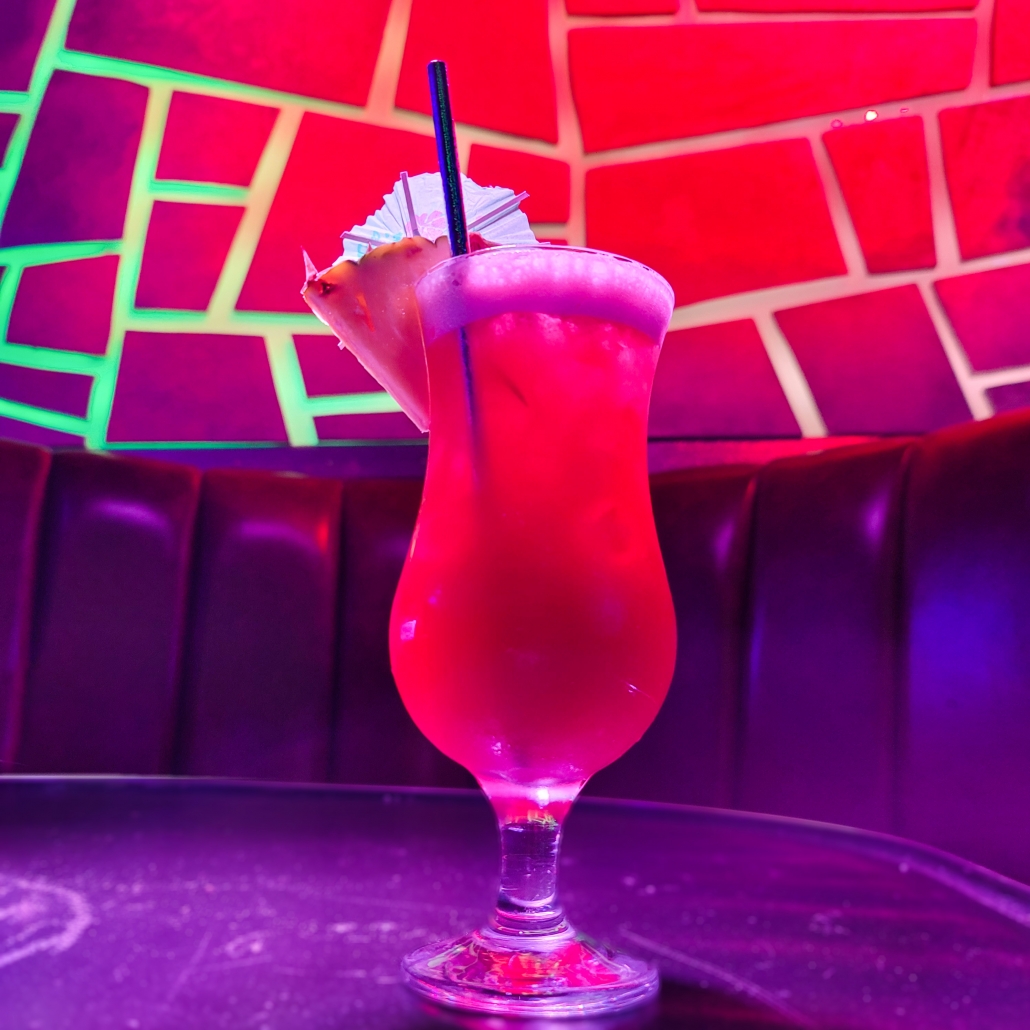 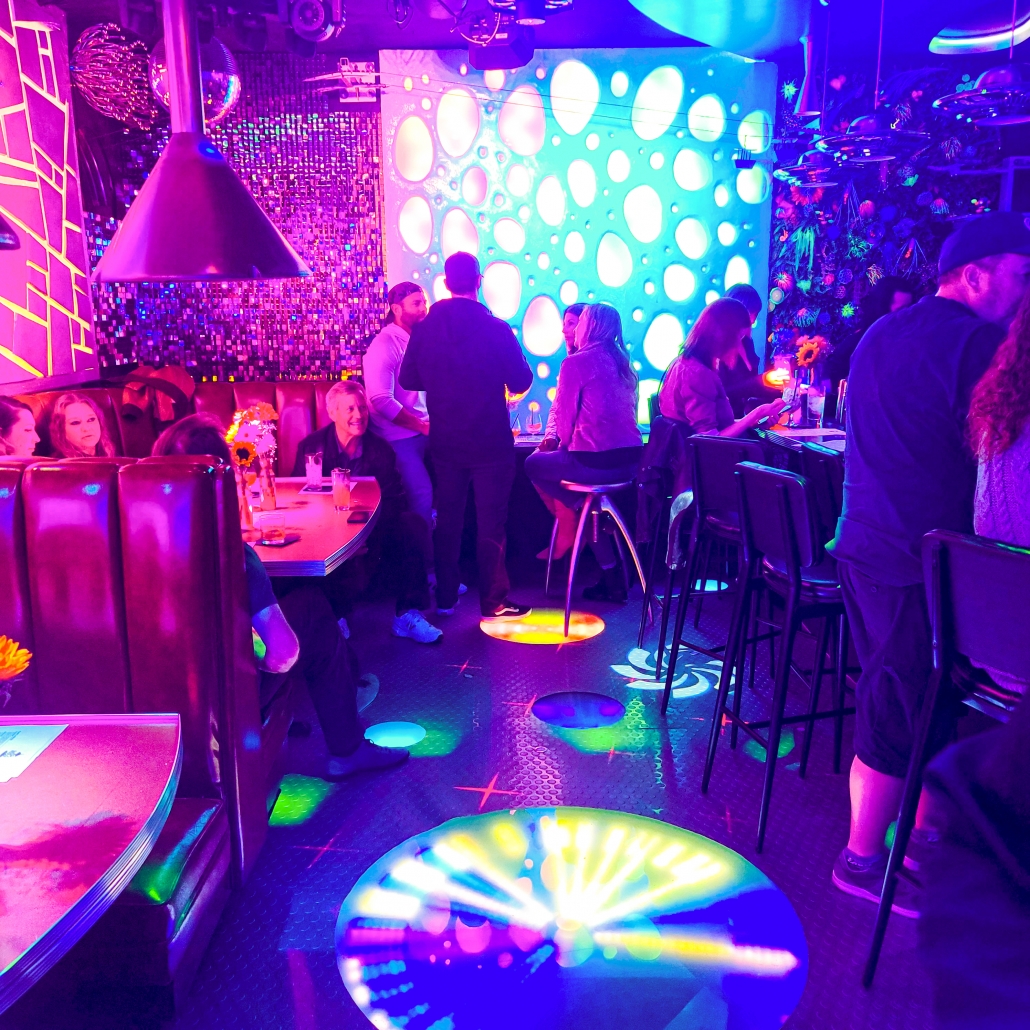 The Space Pad exists on the top deck of a tall tower above the surface of the alien planet Rillispore, a technologically advanced 1950’s Atomic Era styled spaceport. The Rillisporians made contact with Earth starting in the late 1940s and 50s in their flying saucers and found a beautiful planet with beautiful people and beautiful architecture. They were so impressed they decided to take the mid-century vibe of the 1950s on Earth back to their planet and incorporated it into their culture and advanced technology. The Space Pad is the Rillisporians favorite cocktail lounge located on their home planet and now decades later they’ve invited us to visit and share with us what they’ve been up to!

When you first walk into the speakeasy through a hidden passageway from Kilowatt, you enter a “space elevator” that beams you up to the planet and top of the tower where you then officially step foot into The Space Pad. As you enter, to your right is a wall made of rock mined from the planet’s surface that contains glowing crystals and fossils. Two large observation windows embedded in the rock are visible where you can peer out over the surrounding spaceport and landscape on the planet. To your left are two plush booths with fireplaces at the tables next to a stacked stone wall backlit with several thousand light bulbs. Dozens of glass portals are embedded in the floor further showcasing the Rillisporian’s technology. Orders from the kitchen for The Space Pad’s guests are sent via a special cable car rocket delivery system that runs across the ceiling. Plants, animals, and works of art from the planet are displayed throughout with another large observation window behind the bar to view the planet.

The Space Pad’s cocktail menu is curated by Cristian Diaz, a well-known bartender and mixologist in the Tiki community who’s been the Lead Bartender at Trader Sam’s Enchanted Tiki Bar at Disney for over ten years. His recipes are innovative and envelope pushing with a heavy focus on molecular mixology. At The Space Pad expect to find cocktails with flavored smoke bubbles floating on top of your drink, cocktails that look like a lava lamp in your hand, change color as you drink, fruit suspensions, and spherified cocktails that you actually eat rather than drink, similar to giant boba pods each individually filled with cocktail ingredients that bursts with flavor and booze when you bite into it.

Forbidden Cove, a hidden Tiki inspired lounge serving handcrafted exotic cocktails and rare craft beers, featuring one-of-a-kind lighting and décor is located behind a hidden door inside Kilowatt Brewing. Customers use a wooden Tiki Idol given to them at check-in to unlock the hidden door and cross the Infinity Mirror Bridge to explore the mysteries and enchanted elixirs of the Forbidden Cove. Our Tiki inspired craft cocktail menu is also designed by Lead Mixologist Cristian Diaz. 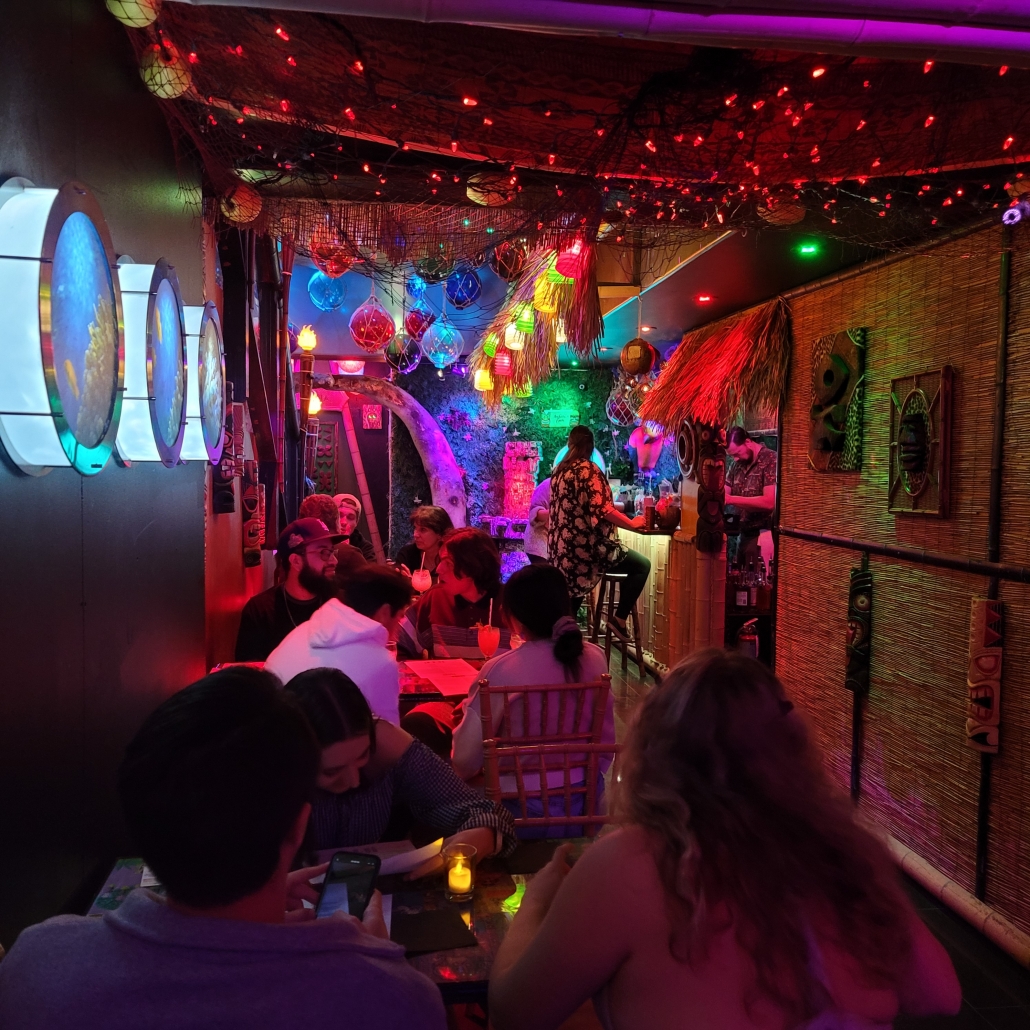 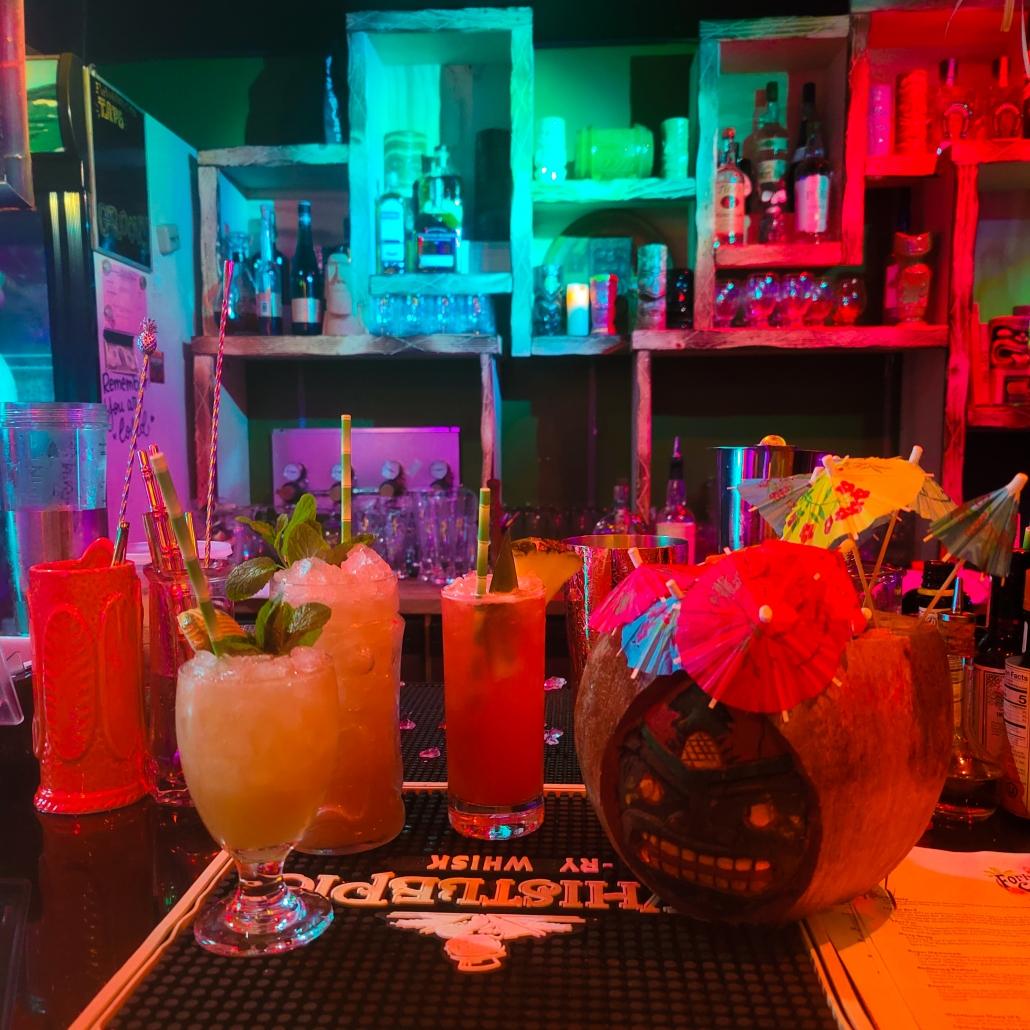